Pieter Bruegel. The greatest Flemish painter of the 16th century 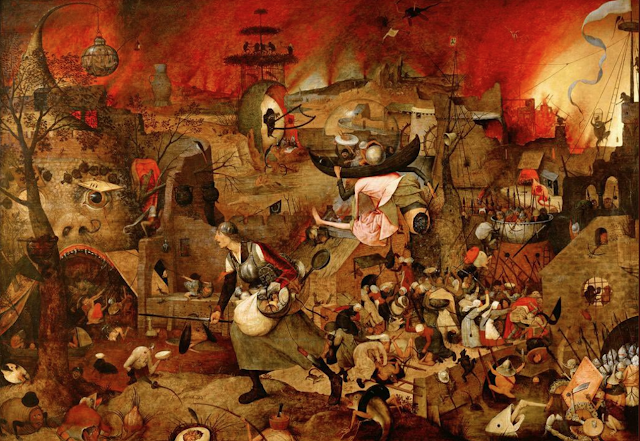 Dulle Griet is determined to win - she leads her army through a fiery world to plunder at the gates of hell. 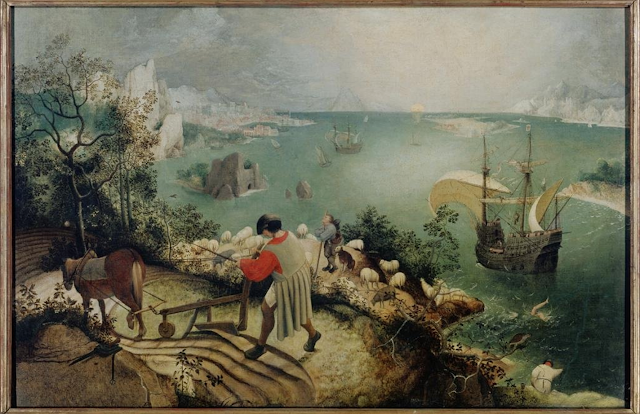 A beautiful painting, full of symbolism. Icarus feather's and wax wings fail him at a crucial moment. Hubris triumphs over dubious modernity 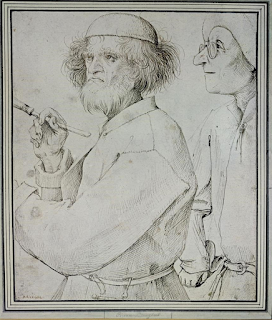 The Painter and The Connoisseur, c. 1565, . Died on this day in Brussels, 1679. Died far too young - between the ages of 39 to 44. Wise, witty, brilliant artist - looking skeptical about the art buyer looking over his shoulder.

Pieter Bruegel, the Elder, by name Peasant Bruegel, Dutch Pieter Bruegel De Oudere or Boeren Bruegel, Bruegel also spelled Brueghel or Breughel, (born c. 1525, probably Breda, duchy of Brabant [now in the Netherlands]—died Sept. 5/9, 1569, Brussels [now in Belgium]), the greatest Flemish painter of the 16th century, whose landscapes and vigorous, often witty scenes of peasant life are particularly renowned. Since Bruegel signed and dated many of his works, his artistic evolution can be traced from the early landscapes, in which he shows affinity with the Flemish 16th-century landscape tradition, to his last works, which are Italianate. He exerted a strong influence on painting in the Low Countries, and through his sons Jan and Pieter he became the ancestor of a dynasty of painters that survived into the 18th century

This is another artist that I recognized the name, but didn't know the work. I like it! I especially like that lady storming the gates of hell! That seems an unlikely subject for the time he painted in. That makes it even better! I also love the self-portrait.