'Beyond Belief' opens at the Contemporary Jewish Museum 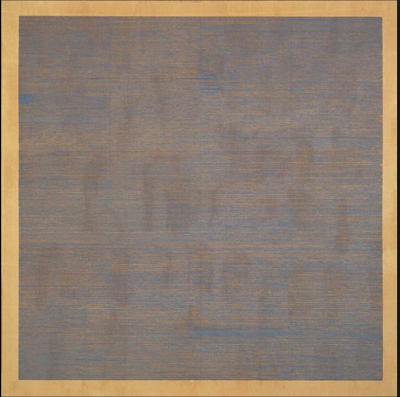 Co-organized by the Contemporary Jewish Museum (CJM) and the San Francisco Museum of Modern Art (SFMOMA), Beyond Belief: 100 Years of the Spiritual in Modern Art is an expansive exhibition conceived as a journey into the connections between spirituality and modern and contemporary art. Spanning the years from 1911 to 2011, the exhibition features more than sixty works on loan from SFMOMA.

The exhibit benefits from the more intimate space; smaller works like those by Klee and Kandinsky have been lost in SFMOMA's larger galleries. But three pieces in particular - Philip Guston's"Red Sea; The Swell; Blue LIght," .Rothko's 'No 14" and  Teresite Fernandez, 'Fire" needed more space. Each piece needs a room by itself as each is so powerful. But, again, it may be the more intimate spaces at the CJM that make the viewer aware of the power of this art. 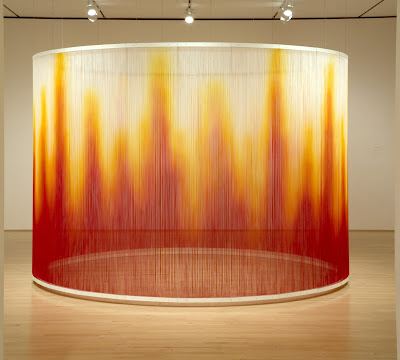 "Beyond Belief" is divided into ten sections, organized under headings that examine widely held spiritual ideas, many of which closely parallel or are rooted in Jewish religious thought—such as the Bible’s original creation story and the bias against literal depictions of God.

The exhibition begins, aptly, with Genesis and wends its way through different sections that reveal how artists have addressed diverse spiritual ideas, such as the invisible presence of God, death, redemption, mystical writing, and the understanding of God as a divine architect. 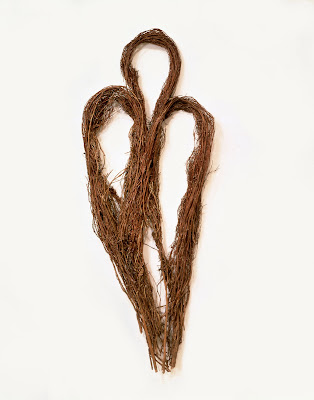 In Tallus Mater (Madre Tallo/Stem Mother), Mendieta evokes the power of prehistoric fertility goddesses, especially those associated with Mayan and Native American spiritual systems. The ficus, or fig tree, roots with which Mendieta created this sculpture might allude to the Garden of Eden, a primary creation myth in Western monotheism.

Many rich religious stories are translated into complex and provocative works of art, some on display for the first time in years. 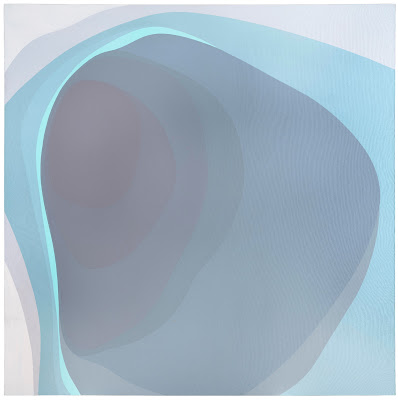 Helen Lundeberg’s mysterious painting Oracle—a Greek word meaning either a prophet or the physical shrine where a divine voice emanates—evokes a host of natural forms.

The show requires an open mind to other dimensions of spirituality. There is a lot of wall text and some have found the organization confusing, but a thoughtful and contemplative approach will allow the deeper meanings to emerge.

While perhaps the museum overreaches in their attempt to bring together the aesthetic and the spiritual, the presentation of artists who affirmed the transcendental in art yields much in the way of both enjoyment and enlightenment. In a decade which has seen art reduced to cow parts in formaldehyde, any attempt to break away from the crass commercialism and expensive emptiness is commendable.

The museum has created an interactive website to help visitors explore the exhibit in more depth: http://beyondbelief.thecjm.org

http://www.examiner.com/list/beyond-belief-opens-at-the-contemporary-jewish-museum
Posted by Nancy Ewart at 8:23 PM No comments:

I first met Arlene at my friend Sandy Yagi’s opening reception at Bash.  Sandy is a local artist whose work is gaining national recognition and one whose judgment I value. Sandy pulled me over to a handsome woman and said, “You must meet Arelene! You must look at her art!”

I have become so conditioned to exchanging business cards that the first thing I did was ask for hers. After some looking, Arlene handed me a postcard with one of her images while apologizing that she didn't have a regular card. 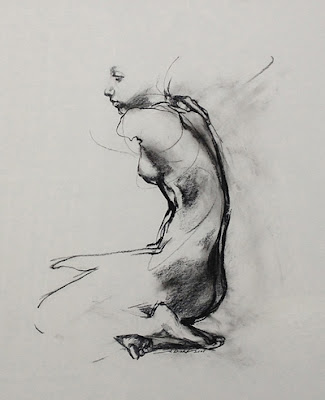 Wow! I thought – Michelangelo reborn. The figure on the card radiated with a sensitive intensity that I hadn’t seen in contemporary figure drawings.

It was a wild night in the Tenderloin. A utility cover, right at the intersection of the four cross streets right outside the gallery blew. The place was soon swarming with cops and fire trucks but I didn't forget Arlene. 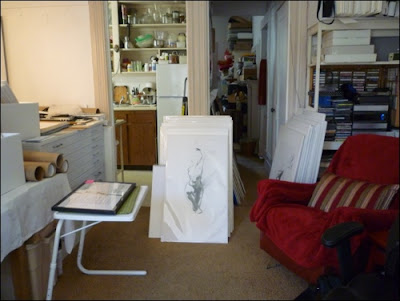 I decided that I wanted to interview her and after some back and forth with our schedules (where is a social secretary when you need one). I was able to see her at her tiny apartment on the edge of the Haight Ashbury.

Like many of us, Arlene came here, drawn by the liberal life style, the welcoming, polyglot, and tolerant ambiance that SF offers at its best.

She was born in Lowell, Massachusetts, a 19th century boom town now in economic decline.  She started to draw very young, impelled by her innate talent and by a desire to emotionally withdraw from overbearing parents with addiction issues.

According to Arlene, her real world was an interior one. She lived within herself, creating a space where her more sensitive side could thrive. And she always drew. 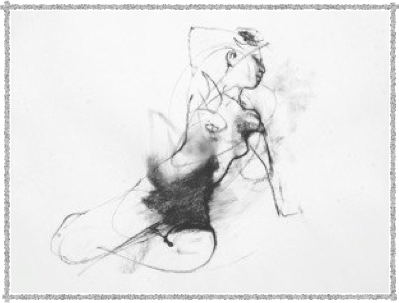 Recognition came early. At 16, she won the Strathmore Award in Drawing, at 17, her self-portrait was chosen for the cover of Senior Scholastic magazine.  She received a scholarship to Boston U School for the Fine Arts but left after one semester because she felt that she needed more challenges. She was already more technically advanced than her fellow students.

Then she studied at the Boston Museum of Fine Arts and worked professionally for 17 years as a portraitist.

She worked at Cape Cod, making a living by drawing portraits during the tourist season. Working with colored pencils, her work was tightly controlled and very realistic. Diehl said that she seldom spoke to her clients. They would gather around her and watch her work – she drew in public. She communicated through her art and her dance.

The economy on the Cape collapsed around the time that a good friend encouraged her to move to SF. At first, she cleaned homes for a living but for the last decade, she has been able to make her living through her art. 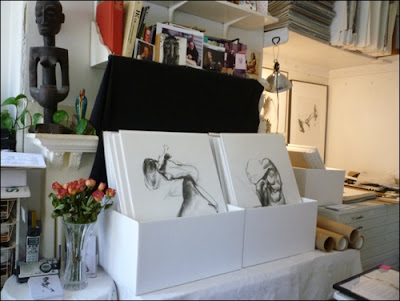 That has allowed her to move into unknown territory without sacrificing accuracy or her commitment to figure drawing.

Of all the realistic genres, figurative work is the most difficult. Our bodies carry the weight of social, psychological and physical complexities. They are who we are and we are taught to look at ourselves for flaws, not truth.

Throughout the history of Western art, the nude has represented so many things – gods, monsters, sexuality, the noble man, the common woman, and the universal experience of being human.

Arlene’s expressive and strong nudes, done with charcoal on white, go far beyond pretty. Each one is a comment on the human condition, building on the most basic mediums with the utmost finesse. 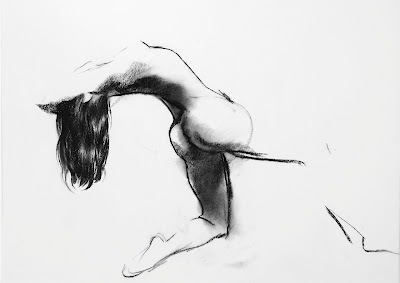 The next chapter in her journey is a visit to Europe. She is raising money to go to Amsterdam and if you want to donate – and be a patron of the arts  -here is the web page for that.