Since we are having a heat wave, it seemed appropriate to post a bit of Bossa Nova by two of the greats of Brazilian popular music

Thanks to Matthew Hubbard of http://lotsasplainin.blogspot.com for the cluing me on her early death.The link below leads to more videos of Regina's performances and information on her life. 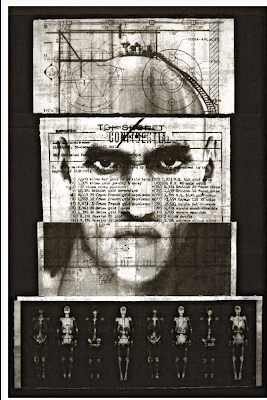 http://www.examiner.com/article/free-museum-admission-somarts-arc-studio-women-at-the-ccc-and-more
Posted by Nancy Ewart at 8:51 PM No comments:

Samuel lays down the law

Labels: Democracy at stake., Get out and vote, not be passive, Samuel Jackson 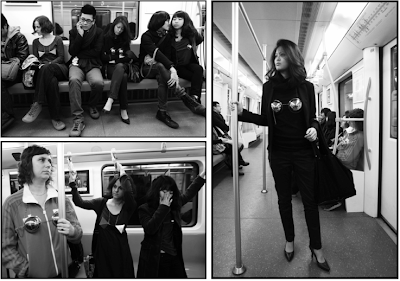 Artist Gao Ling, collaborated with the NGO Shanghai Nv Ai, a lesbian advocacy group, to create a public performance piece called "Subway Performance." In a protest against governmental dictates about "provocative" dress, Ling and other women ride the subway wearing tea strainer bras. They cover their faces to protect their identity while holding signs that say "It's a dress, not a yes, " and "Want to flaunt, not a taunt."

"Women," now showing at SF's Chinese Cultural Center (CCC) and curated by CCC's Deputy Director and Curator Abby Chen proves that art does not have to be large and loud to be powerful. ...more at...

http://www.examiner.com/article/women-at-the-chinese-cultural-center-explores-gender-and-sexual-identity
Posted by Nancy Ewart at 6:15 PM No comments:

What a list of museums and the entertainment isn't just for kids: 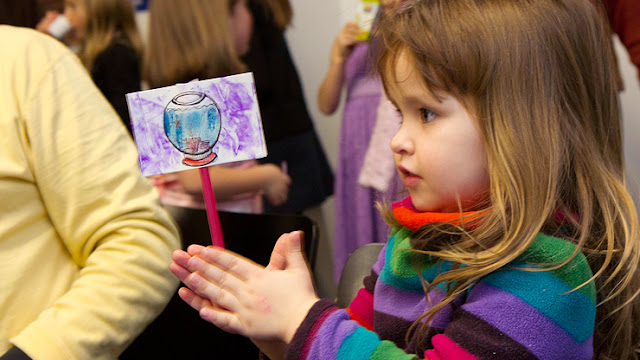 http://www.examiner.com/article/yerba-buena-arts-district-celebrates-family-day-with-free-admission
Posted by Nancy Ewart at 4:29 PM No comments:

Buddha for a sunny September day 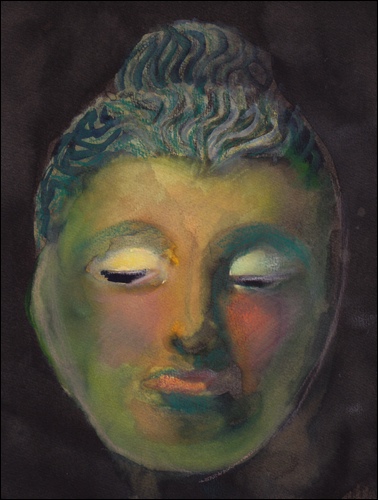 Proof that cats are better than dogs

Labels: cats are better than dogs 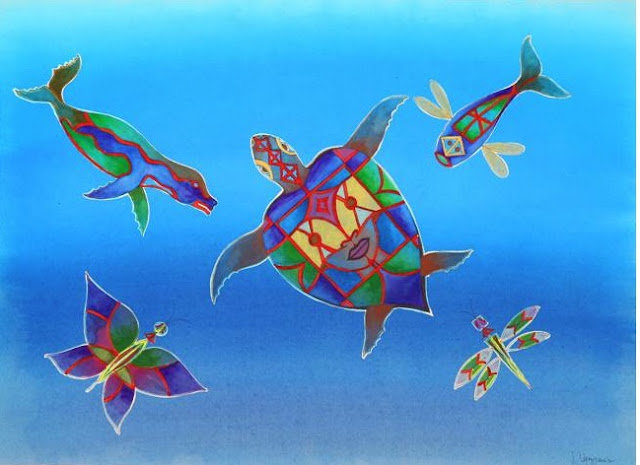 This image, by Jose Lopez Garcia, is available as a Giclee Print entitled "Libelula." If you wish to purchase it, contact BHFineArt.SF@gmail.com.

http://www.examiner.com/article/the-magic-surrealists-of-oaxaca-mexico-now-showing-san-jose
Posted by Nancy Ewart at 8:37 PM No comments:

'William S. Paley, A Taste for Modernism' at the De Young 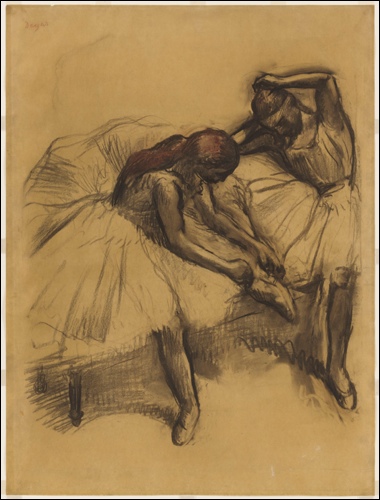 http://www.examiner.com/article/william-s-paley-a-taste-for-modernism-at-the-de-young
Posted by Nancy Ewart at 11:31 PM No comments:

Posted by Nancy Ewart at 8:12 PM No comments:

WOMEN我們 at the Chinese Cultural Center

Originally opened in Shanghai in 2011, the exhibition focused on works by feminist, gender, and queer artists and was held as the official exhibition for the conference “International Chinese Women and Visual Representation,” organized by Fudan University and University of Michigan.

Thirteen contemporary artists from China and the United States explore gender and sexual identity in a new exhibition at the Chinese Culture Center (CCC) September 15 – November 30, 2012.

WOMEN 我們 (a Mandarin homophone meaning both ‘women’ ! and ‘we’) features video works, installation art, photography, sculpture, and more by a diverse array of female, male, and LGBTQ artists including Mu Xi, Yang Meiyan, He Chengyao, and other emerging artists based in China as well as five U.S.-based artists, among them Man Yee Lam and Stella Zhang.

It also includes a display of fascinating designed materials created by a consortium of NGOs within China focusing on the LGBTQ community, women and sex workers that must operate through underground channels to avoid scrutiny.

Fantastic, amazing, thoughtful...er...did I mention that I liked it? Really really liked it. Now to think of a great opening line but of all the contemporary shows that I've seen in the last month, this one rises to the top in terms of creativity, genuine risk taking, a powerful message about the condition of women, gays, lesbians and transgender peoples, living in an oppressive culture. The message is conveyed through a striking series of small installations and videos.

The show evolved from a purely feminist exploration and expression of feminism in Chinese visual culture to go on to examine gay and transgender visibility, and sexual identity in China.

This is the real deal for many of these women take a great risk in criticizing attitudes toward women and the way they are treated.

Now for a late lunch and to cool off -the temperature has gone up 30 degrees since I got up this morning. I took off a sweater, a scarf and a jacket and I still got hot.

bright pink cheeks are not my color

Posted by Nancy Ewart at 3:04 PM No comments:

The Paley Collection at the de Young

If you love post-Impressionist art, this is a must see show. Gorgeous Gauguin, Cezanne, Degas, an exquisite little Vuillard, lovely Bonnard. For the last couple of weeks, I've been struggling to be fair and open minded about a lot of very edgy art. Coming into this exhibit was like coming home to a place full of delicious fragrances and vibrant color. I am not going to comment here on his business practices or his battles with Edward R. Morrow. This is strictly about his eye as a collector and pre- WW II, he had a very good eye. 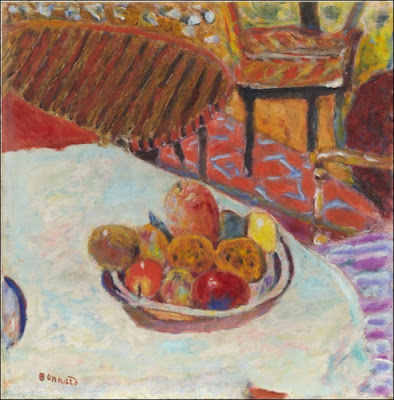 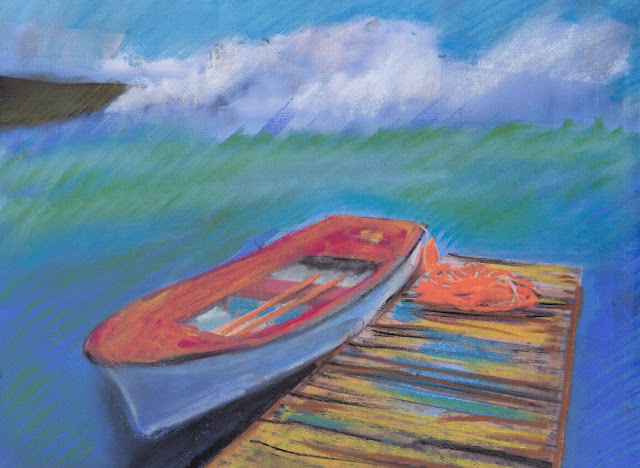 I think I'm going to try and post a new piece each Monday - my drawings are beginning to stack up and it would be nice to share.
Posted by Nancy Ewart at 11:46 AM 1 comment:

Kristina Quinones at the McLoughlin Gallery

http://www.examiner.com/article/the-weekend-the-mcloughlin-art-gallery-one-city-one-book-the-studio-gallery
Posted by Nancy Ewart at 10:54 AM No comments:

Why is CNN allowing such sexism?

I'm tired of men thinking that women are their possessions to control as they please.  I've heard enough of the comments from the likes of Limbaugh, Akin and Erickson to last a lifetime.  Allowing this to continue just encourages them to continue with their ownership attitudes and their attempts to keep the little woman in her place.  They pay women 77% of what they pay men for the same job, they try to control our reproductive lives by telling us we shouldn't take birth control or have abortions, even after rape or incest.  Women who have a brain and speak out for equality or fairness are called sluts. .

Let's get this fixed in our lifetimes and who knows we might even get the Equal Rights Amendment passed.  The Equal Rights Amendment (ERA) was a proposed amendment to the United States Constitution designed to guarantee equal rights for women. The ERA was originally written by Alice Paul and, in 1923, it was introduced in the Congress for the first time.

In 1972, it passed both houses of Congress and went to the state legislatures for ratification. The ERA failed to receive the requisite number of ratifications before the final deadline mandated by Congress of June 30, 1982 expired and so it was not adopted.

Women's battle for fair treatment has been going on for over 100 years and it's time to end it.  Why have we allowed it?

Many companies hire women for lower salaries especially if they are of child bearing age.  The Reps would have women reproduce until their uteruses (or is that uteri) hit the ground adding to their undesirability in the work place.

This crap comes from every direction.

I've spent my lifetime making my own equality, being self employed and making my own success but this is a team sport and its time has  come.

I thought I was radical but it seems that in my old age, I am becoming even more radical. Sign for your daughters, your granddaughters, your nieces, hell, your friend's daughters and granddaughters. Sign even for men because they are making an ugly world even uglier - it's an act of compassion to try and reverse the trend.

This campaign is starting to generate a lot of media attention too.1 We're getting ready to deliver the signatures to CNN tomorrow and want to make sure name is included. Can you take a moment to add your name to the petition telling CNN to fire Erickson for his sexist attacks?

Add your name to the petition to CNN: http://act.weareultraviolet.org/sign/erickson/?rd=1&t=1&referring_akid=175.13177.tfKgy2 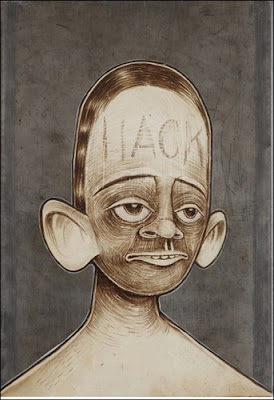 Can an artist whose image is that of an urban outsider survive the move to museums and galleries?

Marilyn Monroe's estate loses right to charge for image use

"In a battle with The Milton H. Greene Archives, a district court determined that Monroe LLC couldn't claim California residence based on the legal doctrine of judicial estoppel, which bars a party from asserting a position that's inconsistent from one offered in the past. The lower court's ruling came despite a 2007 amendment to California law that explicitly attempted to overturn a prior ruling in Monroe's battle with the Greene Archives."

"The dispute went up to the 9th Circuit of Appeals, which in a decision by Judge Kim McLane Wardlaw on Thursday, reviews the history of what happened to Marilyn Monroe after her death, and affirms the lower court's opinion." 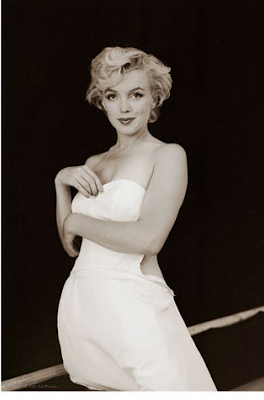 Last day for 'Phantoms' at the Asian. 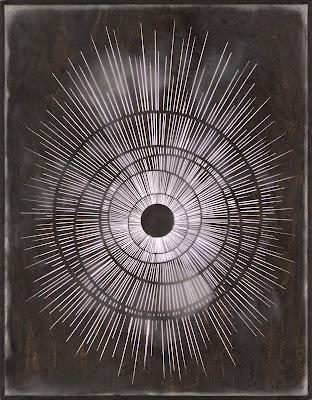 Don't forget - this is the last day for 'Phantoms' at the Asian and admission is free. http://www.examiner.com/article/phantoms-of-asia-closing-this-sunday-at-the-asian-art-museum
Posted by Nancy Ewart at 10:54 AM No comments: