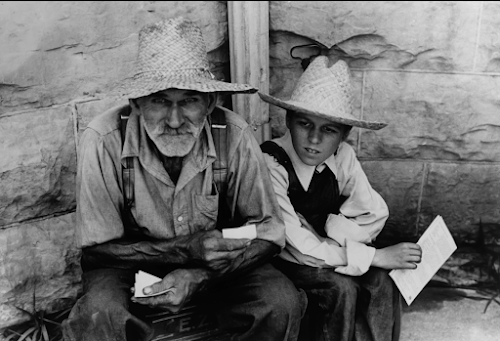 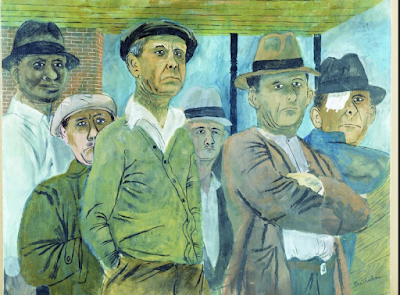 Ben Shahn, "Men are men before they are lawyers or physicians or , 1955, brush and ink on paper mounted on paperboard, Smithsonian American Art Museum, Gift of Container Corporation of America, 1984.124.264 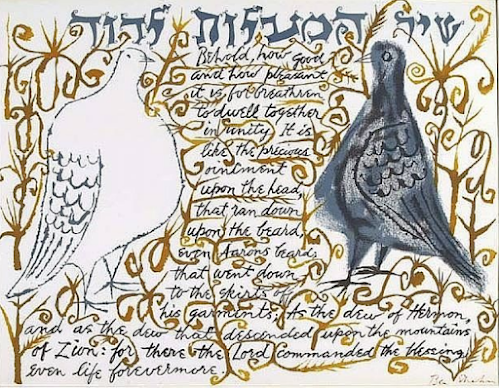 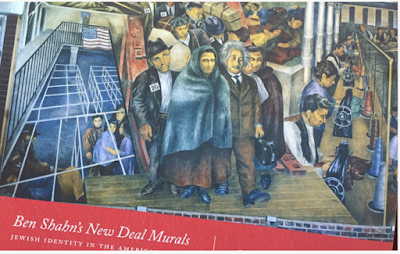 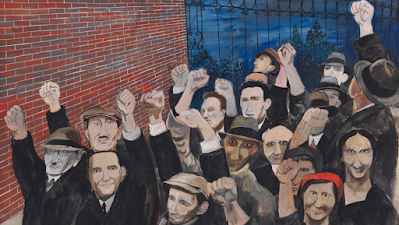 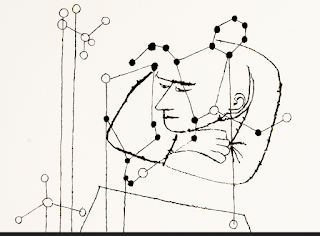 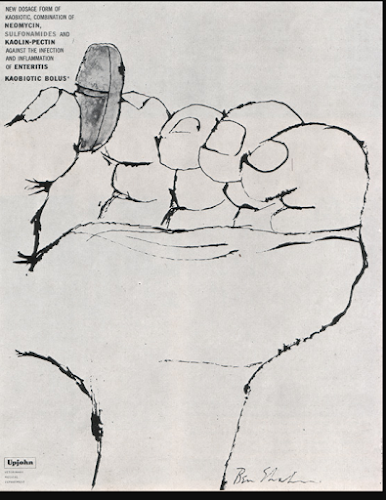 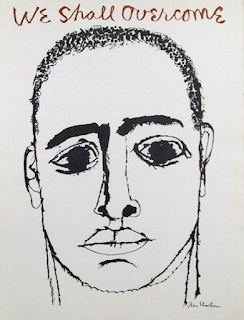 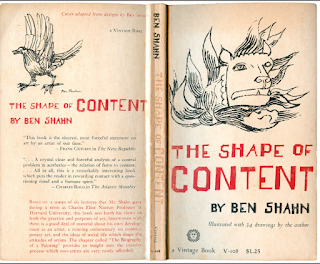 Picture a secular Jewish socialist on fire for justice for the poor, the working class, and the immigrant.
The man in question was Ben Shahn, the 20th-century American painter, muralist, photographer and graphic artist and a leader of the social realism art movement.  Born in Lithuania, emigrated to the United States as a child, was apprenticed to a lithographer after high school.
He studied at New York University and City College, and very briefly at the National Academy of Design.
Shahn was shaped by his early religious education and informed by his experiences and observations of “the social and political events and history of Jews in America,” His work is about Jewish ethics, not prayer or ritual, said art historian Diana L. Linden, author of “Ben Shahn’s New Deal Murals: Jewish Identity in the American Scene.” 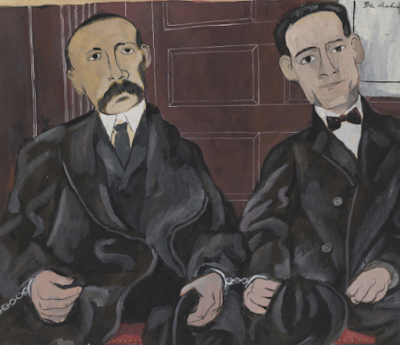 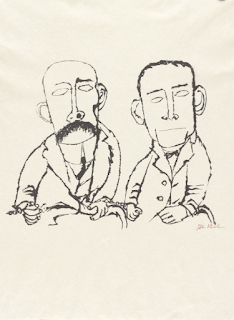 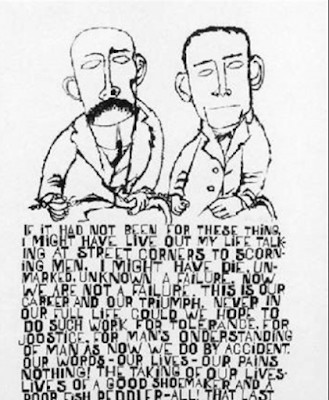 Shahn's first major success came with the 1932 exhibition of his series The Passion of Sacco and Vanzetti. Look to Shahn’s series of 23 paintings detailing the controversial trial and ultimate execution of Nicola Sacco and Bartolomeo Vanzetti. They were two radical Italian immigrants of the 1920s, convicted of murder on scanty (and now missing) evidence.
Shahn once said that he paints two things, "what I love and what I abhor," and during the Depression years his scenes of children playing in concrete urban parks, and of miners and construction workers engaged in their trades, reflect his admiration for the working American and his abhorrence of injustice and oppression. Throughout the 1930s Shahn worked for various government programs, and when the United States entered World War II, he joined the Graphic Arts Division of the Office of War Information, although only two of the many posters he designed were published. In the 1940s, Shahn turned to what he called personal realism." His late work is often symbolic, allegorical, or religious and reflects his belief that "if we are to have values, a spiritual life, a culture, these things must find their imagery and their interpretation through the arts."
Shahn’s life work was infused with the political passions of his time. He expressed them by retelling the Hebrew Bible’s stories of slavery, exile and freedom in images of garment workers, cotton pickers, labor organizers, immigrants and refugees. 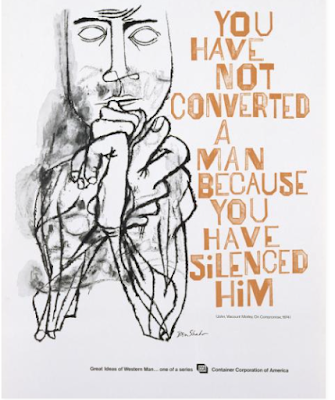 While never a Communist or an avowed atheist, Shahn was close to many who were, including his second wife, the artist Bernarda Bryson. Yet he also was fiercely devoted to the First Amendment, with its vaunted four freedoms.
“(It) held special significance for Shahn, as it did for many American Jews who aspired in the United States to achieve civil liberties denied them by European nations,” Linden writes.
He observed the rise of Hitler from a distance with horror, deploying his art to battle the “fervent resistance to open immigration” that kept desperate Jews from a safe haven in the United States, she writes. The doors to freedom were shuttered by Americans’ fear of “unemployment, nativism and anti-Semitism”
Born September 12, 1898, Kaunas, Russia [now in Lithuania]—died March 14, 1969, New York, New York, U.S.