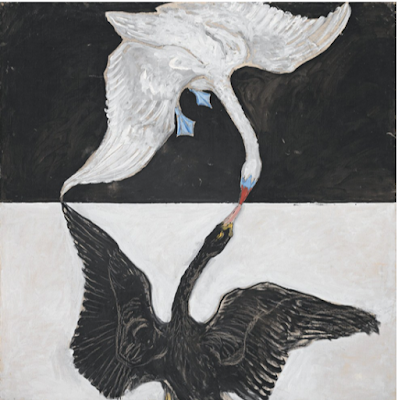 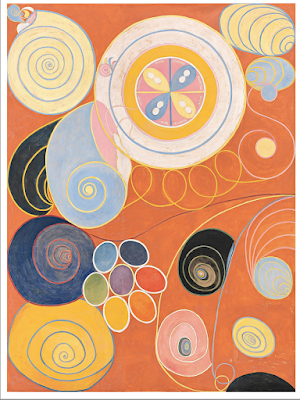 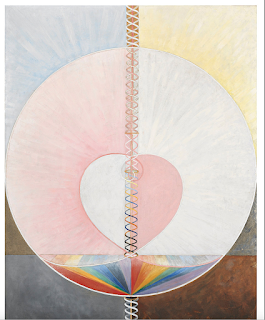 Contrary to popular myth, she was neither isolated or ignored. Hilma af Klint was linked to both modern art of the time and Swedish society. But she believed that her work was unappreciated and preferred to keep it private and shown within a small circle. At the time of her death, she left over 1200 works, solidifying the claim to be the inventor of modern abstract art. She created her first abstract painting in Stockholm in 1906. Klint was the modern abstract artist before Kandinsky. Before Malavich.

Klint rarely exhibited her remarkably forward-looking paintings and, convinced the world was not ready for them, stipulated that they not be shown for 20 years following her death. Ultimately, her work was not exhibited until 1986, and it is only over the past three decades that her paintings and works on paper have received serious attention.

First solo exhibit in the US was in 2019 at the Guggenheim.

Artsy 18&utm_campaign=editorial&utm_content=st-
Abstraction before Abstraction. http://thequietus.com/articles/19941-hilma-af-klint-serpentine-review
Self Portrait (Propped) by Jenny Saville. Sold at 9.5 million pounds (US$ 12. 4 million) during Sotheby's contemporary sale. This marks a new auction record for any living female artist. 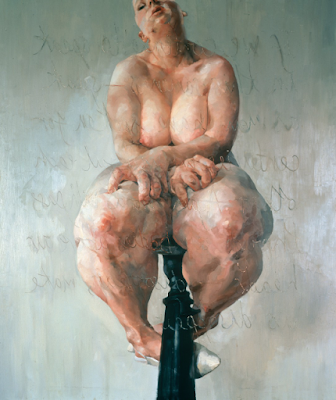 https://www.barrons.com/articles/jenny-savilles-propped-breaks-price-record-for-living-female-artist-1539116207
https://gagosian.com/artists/jenny-saville/
https://www.theguardian.com/artanddesign/2016/apr/25/jenny-saville-painter-artist-gagosian-gallery-london-interview-charles-saatchi-yba
Tate Modern exhibited the work of Anni Albers (1899-1994). The show brought together the most important works from major collections, many of which will be show in the UK for the first time. Opening ahead of the centenary of the Bauhus in 2019, the exhibition was a long over due recognition of Albers's pivotal contributions to modern art. 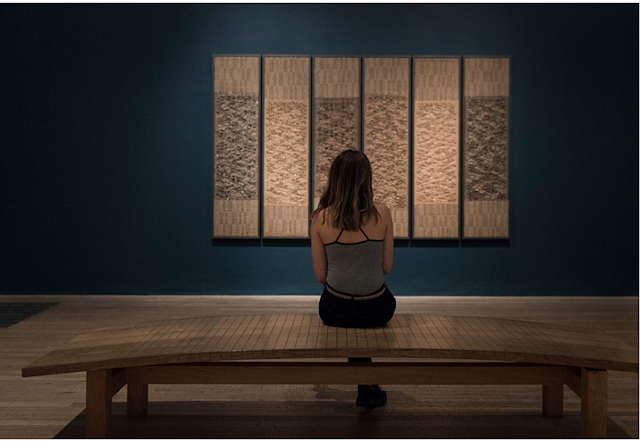 http://artdaily.com/news/108329/Exhibition-is-long-overdue-recognition-of-Annie-Albers-s-pivotal-contribution-to-art
Posted by Nancy Ewart at 10:31 AM